The decriminalization of psilocybin is top of the priority list in varus parts of the world as they grapple with reforming drug policies. Given recent experiences with the worldwide cannabis industry and the ongoing legalization movement, which began in many jurisdictions with a push for decriminalization, these debates raise the question as to whether or not a regulated psilocybin industry could be right around the corner. 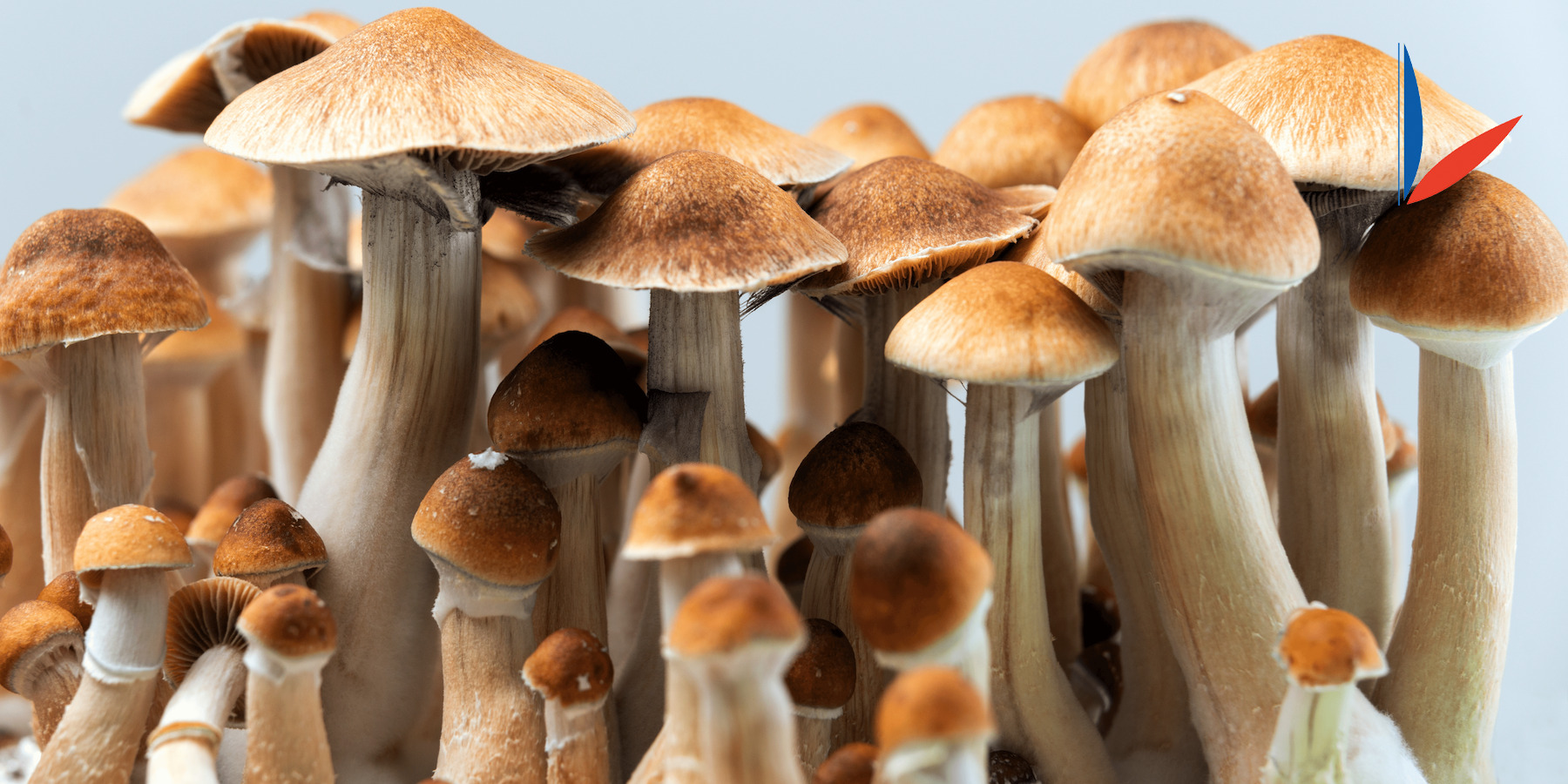 Psilocybin is a hallucinogenic compound found in more than 200 species of fungi, collectively referred to as “magic mushrooms” by consumers and enthusiasts. There has been some research performed that suggests psilocybin could have potential applications for managing treatment-resistant depression and the treatment of alcoholism. It’s commonly consumed for the psychedelic “trip” it induces in consumers, which many describe as enlightening or insightful. 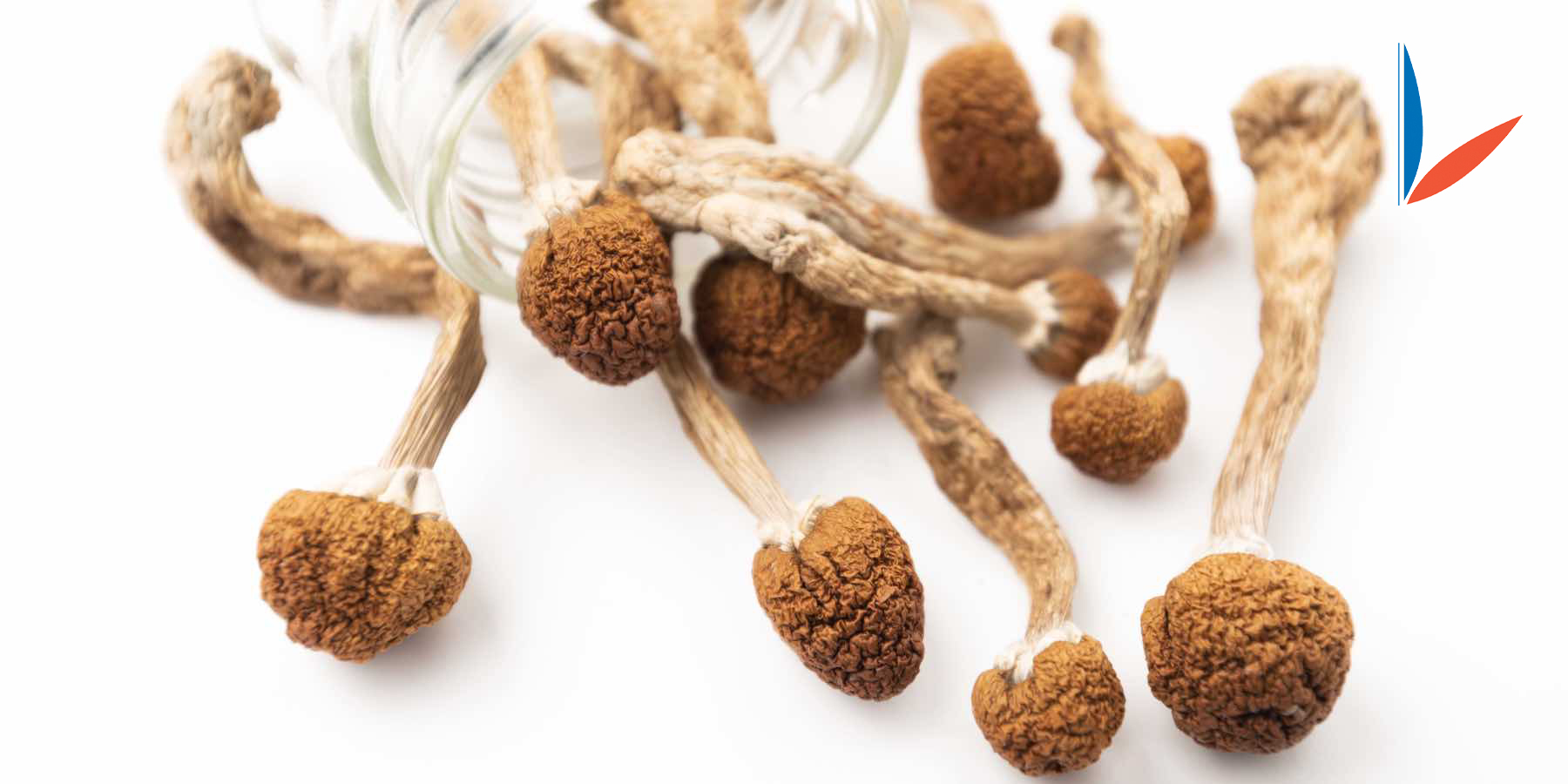 Like THC from cannabis, psilocybin is currently a Schedule I controlled substance under the U.S. Controlled Substances Act, making it illegal for cultivation and possession save for a small number of federally approved research facilities. Still, several locales have decriminalized psilocybin, including Denver, Oakland, Calif., and Oregon. These moves hint at a future of psilocybin legalization and the rise of a regulated industry à la cannabis.

What is psilocybin extract used for?

Psilocybin extract can be used in a wide array of products, just like cannabis extract. These include products like edibles such as chocolates or gummies, as well as tinctures that can be absorbed under the tongue or by oral ingestion. There are also psilocybin capsules. Psilocybin extract has even been used in a nasal gel. As psilocybin manufacturing becomes more common in international legal markets, expect to see more creative product use cases emerge.

How does psilocybin extraction work?

Psilocybin extraction is an evolving space that lacks standardized methods and processes. It also comes along with clear challenges, such as varying yields and potencies from batch to batch.

However, some companies have already developed techniques that they think could be the future of psilocybin extraction. For example, German equipment manufacturer Hielscher Ultrasonics produces equipment that breaks down the cell walls of dried, ground mushrooms using ultrasound waves to collect psilocybin and psilocin in a solvent. Other methods involve grinding mushroom biomass in chloroform or propyl chloroformate to pull out psilocybin, though this is not as effective when it comes to extracting psilocin.

Another company, Vancouver-based Filament Health, secured a patent from the Canadian Intellectual Property Office for its approach to psilocybin extraction, which the company claims solves the issue of variable yields and potency — a major requirement for the creation of standardized, clinical-grade extract. Also in Vancouver, Havn Life Sciences is working in partnership with Kingston, Jamaica-based manufacturer P.A. Benjamin to develop yet another method for standardized psilocybin extract.

Beyond these psilocybin extraction methods, researchers also discovered how to synthesize psilocybin in a laboratory, first achieving the feat in 2017. Since that discovery at Friedrich Schiller University in Jena, Germany, some companies like Mindset Pharma have opted to focus on psilocybin synthesis as a cheaper and faster way to develop psilocybin “extract.” Synthesized psilocybin offers predictable yields and potencies, as chemists can simply use a repeatable process to create the compound, as opposed to dealing with mushroom biomass. 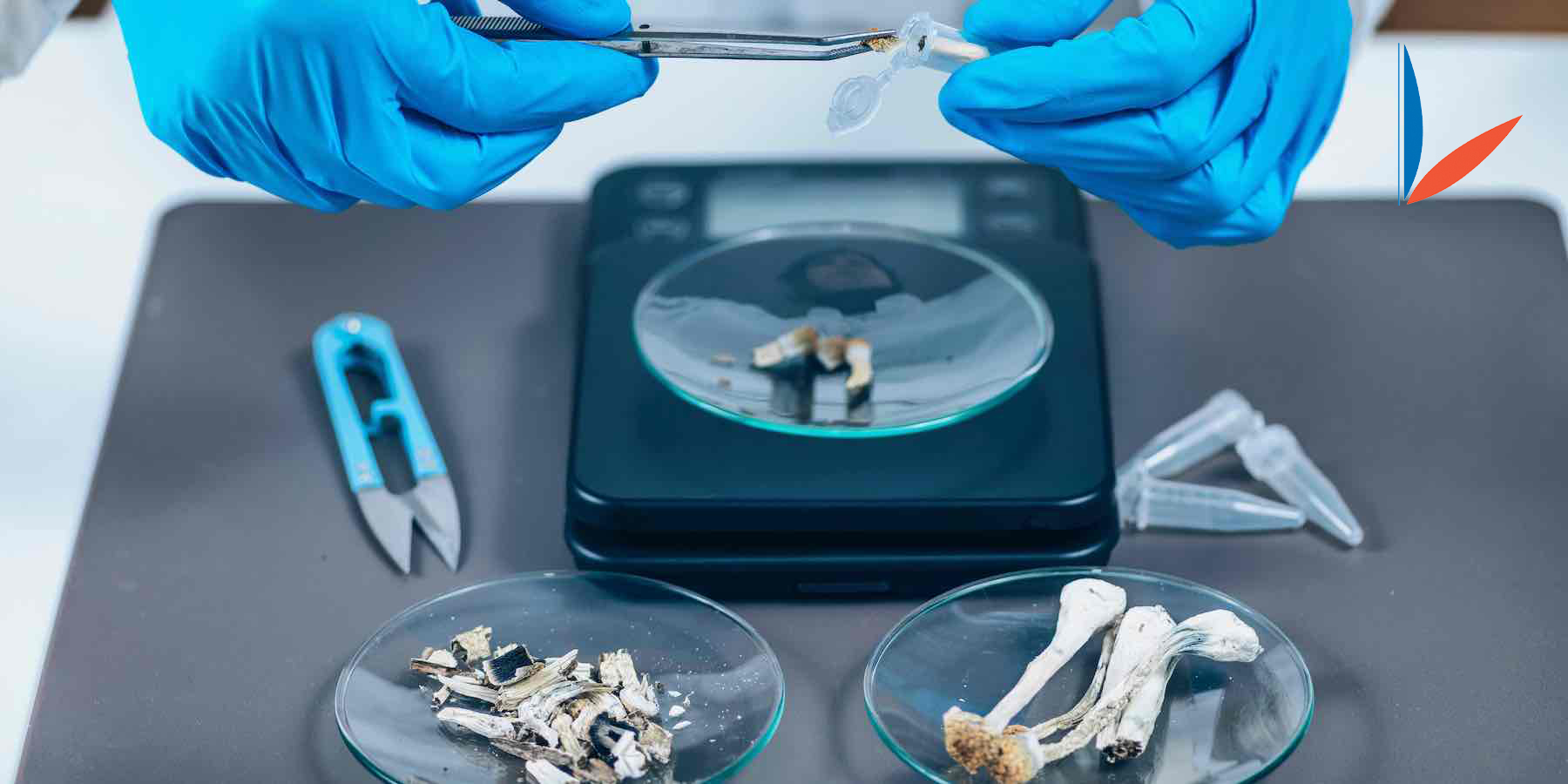 Indeed, even the organic material of the fungi that contain these compounds is also very different from the organic material that makes up cannabis plants. Fungi are distinct from both plants and animals, exhibiting properties from both kingdoms. So, while comparisons between psilocybin and cannabis extraction may be useful conceptually, they are altogether different processes.

The first key difference to note between psilocybin as compared to cannabinoids is polarity. Cannabinoids are nonpolar molecules, which is why prevailing methods like supercritical CO2 extraction and hydrocarbon extraction are so effective at separating these compounds from the cannabis plant and polar compounds like chlorophyll. On the other hand, psilocybin is a polar molecule, meaning these methods devised to pull non-polar compounds from cannabis would not be effective at pulling polar psilocybin from mushrooms.

There are two existing cannabis extraction methods that could potentially be configured to pull psilocybin despite its polarity. Those are ethanol extraction and ice water extraction. This is because ethanol can be both polar or nonpolar depending on temperature and pressure, enabling extractors to alter conditions to suit the material they are aiming to extract. Ice water is also polar by nature and could be used to dissolve polar molecules like psilocybin; that’s a boon to cannabis manufacturers who are already employing ice water extraction to create bubble hash and rosin.

The biomass of mushrooms and plants are fundamentally different, meaning the same types of processing equipment, such as biomass mills, may not work as effectively on mushrooms as they do for cannabis plants. This is because mushrooms’ cell walls are made up of chitin, while plants’ cell walls are made of cellulose. On a larger scale, this lends a tough, spongy consistency to mushroom biomass.

The result is the need for different types of equipment — cannabis manufacturers couldn’t simply choose to switch to psilocybin extraction using the same setup. To extract psilocybin, you will need specialist equipment that’s dedicated to pulling the compound from mushroom biomass.

Although psilocybin has been decriminalized in a few major cities and the state of Oregon, there is no legal market for magic mushrooms and their extracts in the U.S. In the cannabis industry, on the other hand, there are 38 states plus Washington, D.C. with legal medical cannabis markets; 19 of those states plus D.C. have legal adult-use markets. Despite the continued federal prohibition on cannabis, these legal state markets have clear regulatory frameworks that govern the cultivation, manufacturing, testing, distribution, and sale of cannabis products.

No such regulatory framework exists in the United States for psilocybin mushrooms and extracts. The sale and consumption of psilocybin mushrooms and derivative products remain illegal — decriminalization simply changes violations of the law from criminal charges to civil charges. Therefore, the manufacture of psilocybin extract is technically prohibited. However, as we’ve seen with the cannabis legalization movement, decriminalization could be foreshadowing an end of prohibition in the future.

Moreover, psilocybin mushrooms are legal in Brazil, Bulgaria, Jamaica, the Netherlands, and Samoa, so there are markets out there for psilocybin cultivation and manufacturing. If you’re operating in these markets or planning to, check local laws and regulations to be sure your operation is in compliance.

Trust suppliers with science at heart

At Holland Green Science, our team has been working with botanical extraction equipment and scientific instruments for decades. We’re not just a supplier, but a consulting partner that wants to help you get your botanical extraction operation up and running the right way, and we can do the same for aspiring psilocybin manufacturers. Whether you’re just launching your extraction business or you’re considering expanding into new fields like psilocybin extraction, we’re here to offer you our expertise so you avoid making critical mistakes that could cost you time and money. From the best equipment to the best advice, when you’re in need, call Holland Green Science. 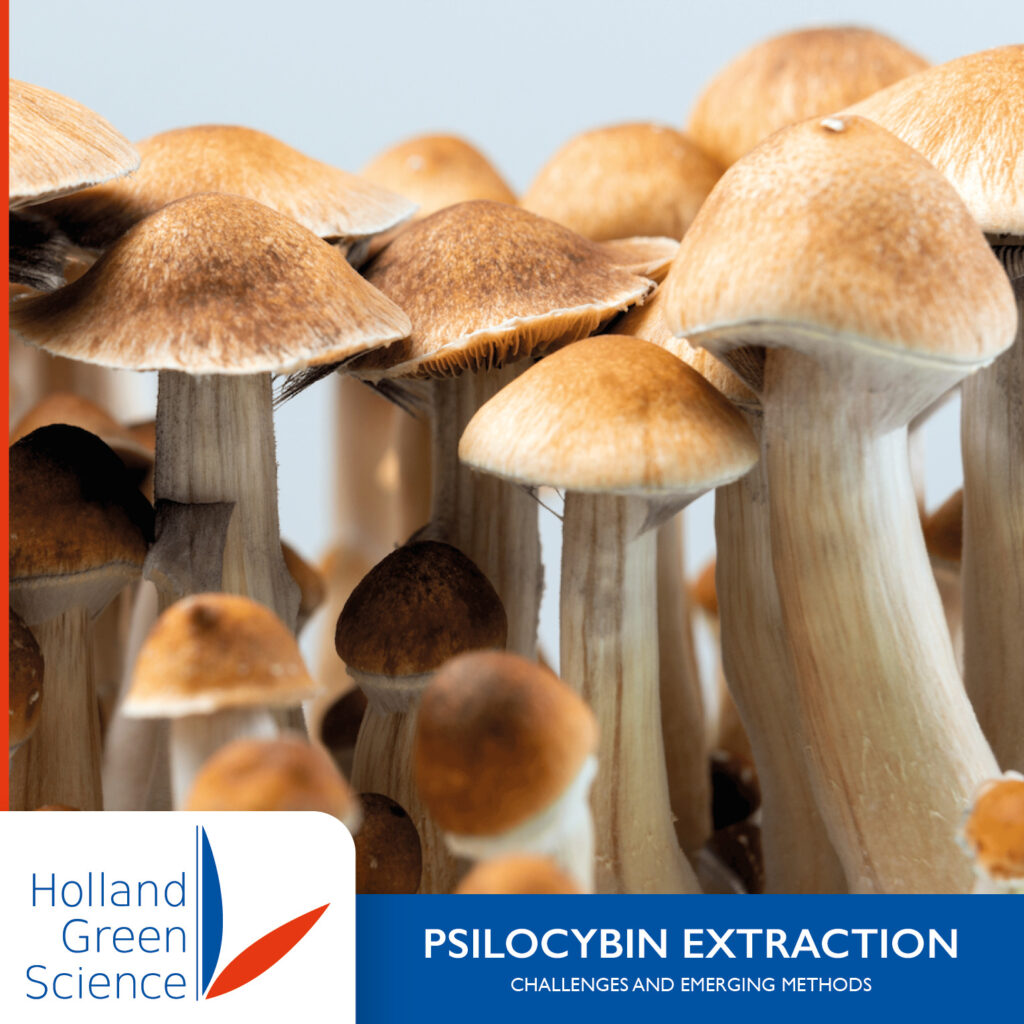 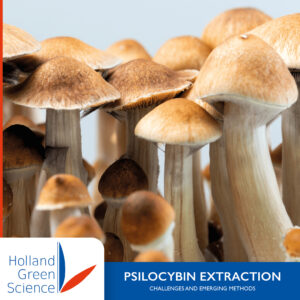 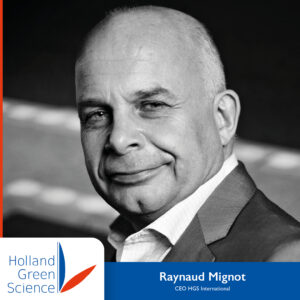 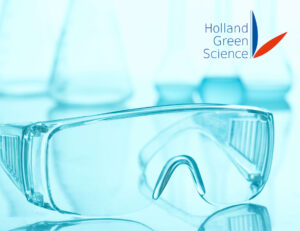 How and Why to Prioritize Safety in Your Extraction Facility 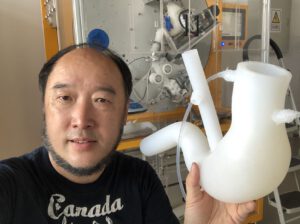 A genius with a genius idea = NERDT 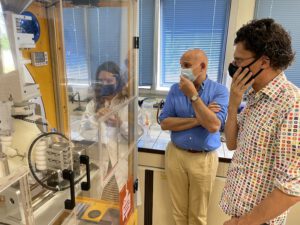