A genius with a genius idea = NERDT

If you read this, you probably already heard of NERDT. Would you like to know more about the history of NERDT, why NERDT is developed and most important the genius man behind NERDT? Just keep on reading!

It was 1965 (Prof. Chen is a bit mysterious around his age in the interview) when Xiao Dong Chen was born in Beijing. Growing up, Prof. Chen had some passions and talents. Better said, all the passions of Prof. Chen became talents… Singing and playing guitar, architecture, painting, Prof. Chen loves it and is very good at it, but his biggest passion is Biology.

Unfortunately, due to an eye condition, Prof. Chen was declined for entering a Biology program. So instead, he immersed himself in Mechanical Engineering, Physics and Mathematics at Tsinghua University in Beijing.

Here starts his wonderful career, but the interest of Prof. Chen in Biology maintained. So, after his chemical engineering PhD in New Zealand, he decided to start working in the ‘food industry’. That way he could learn and practice in Biological Chemistry. During his first job at Fonterra, the genius solved a huge ‘milk powder issue’. A seed was planted.

After working in the corporate world for over two years, Prof. Chen decided that he would be more useful at a university. That was a good shot. He became a full professor at Auckland, Monash and Xiamen Universities. After that, he started his headship at Soochow University at Suzhou.

At the University of Auckland, the idea of the NERDT came to live. At the Monash University in Australia, the first prototype became a fact.

Contribution NERDT to our lives

When I first heard of NERDT, I was wondering: why has NERDT been developed? The answer to this question is quite simple and yet so beautiful and important! NERDT is developed to increase life quality and wellbeing.

While working in the food industry, Prof. Chen noticed that there wasn’t a lot of attention for the health of the human being. It was mainly about how people like the food and what it looks like. But, what about nutrition and health as influence from this food? That’s at least as important as the look and feel of the food.

Prof. Chen wanted to contribute to the food industry with a healthy mindset and a researcher’s eye. Especially from an engineer’s eye. “Let’s create an artificial digestion system” he said. “That way we don’t need so many animals or even humans to test our foods”. Besides that, health problems within the human body can be investigated more quantitatively. Lots and lots of research hours, days, years went by. Now NERDT is there, our dynamic in vitro human stomach-intestine system. 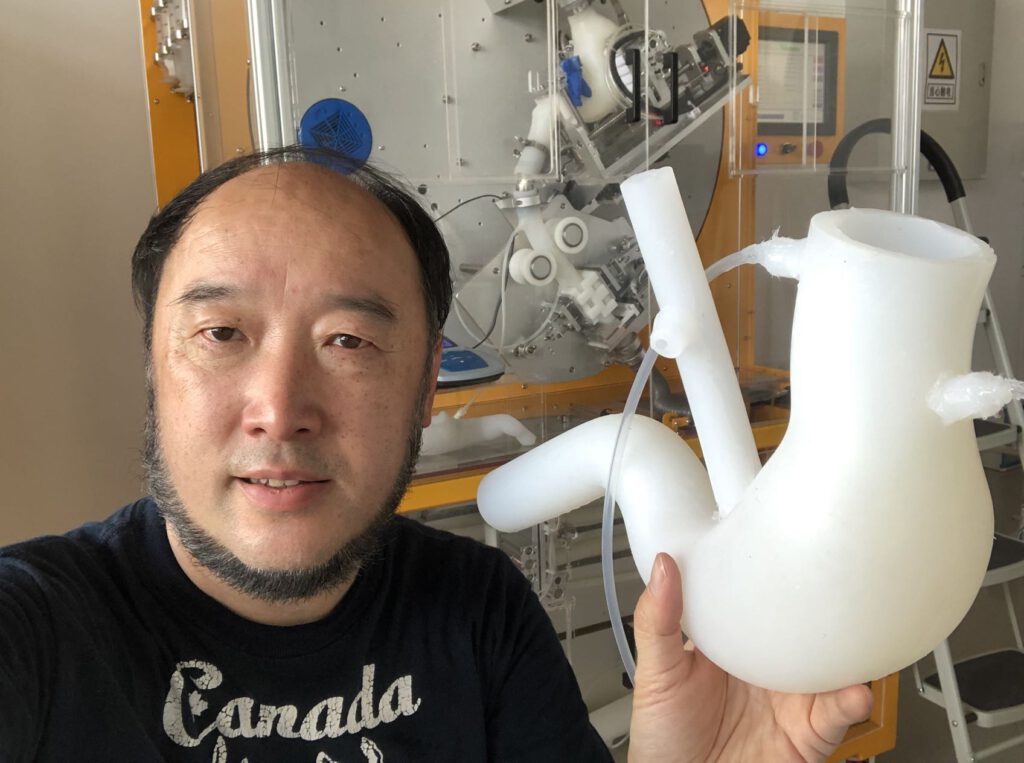